The guest of the next spirituality lesson of our library together with the promoter of Ferghana regional enlightenment Tursun Tohir Erbutaev held a round table "Enlightenment against ignorance" on the formation of ideological immunity in our nation, especially among youth.

There is no progress without knowledge - ignorance does not make you happy. As noted by our esteemed President Shavkat Mirziyoyev, the rich spiritual heritage that has come down to us from our ancestors, who have been armed against "Enlightenment against ignorance", it serves as a fortress of protection, a stronghold.

For this reason, this glorious value has been glorified by all scholars and scientists, and is highly regarded in the sacred and authoritative books. In this regard, the scientific heritage of such great scholars as Imam Ghazzali and Makhdumi Azam, especially the rich spiritual treasures inherited from the great peaks of Bukhara, is of great importance.

It is a pity that there are some who are ignorant today. It is no secret that the forces using Islam as a religion of enlightenment for mercenary purposes are driving young people without knowledge to the brink of ignorance. It is well known that thousands of young people have been affected by various currents and have fallen victim to such ignorance. Therefore, encouraging young people to study and reading is one of the most pressing issues of our day. During the roundtable, such views were discussed in detail. 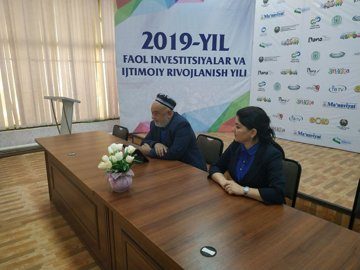