October 24, 2019 at the Regional Information - Library Center named after Ahmad Fergani on the occasion of 1221 anniversary of the birth of the great scientist, astronomer, mathematician, geographer Ahmad Fergani, a picture-book exhibition named “Ahmad Fergani-world scientist” was organized. This established exhibition was interpreted for the permanent readers of the AKM.

Literature providing information about Ahmad Fergani's life and work was brought to the attention of readers. 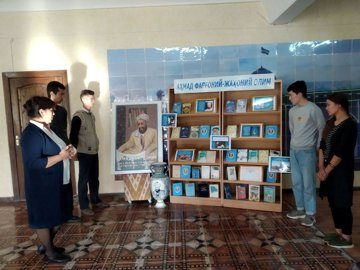