On January 29, 2020, an information minute devoted to the 160th anniversary of A.P. Chekhov was held in the reading room sector of the Ahmad Fergani Regional Information and Library Center. The writer lived a short life. He died at the age of forty-four. He has only worked for twenty-six years. One of his first works, published in 1878, gave him the pseudonym "Ninachi" as "The stripling old man." When you look at the writer's life and works, his existence is obvious, but there is a discernible contradiction. A. Chekhov was physically slow and his eyesight was inferior. In his early 30's he contracted tuberculosis. The writer was spiritually vibrant, funny and humorous. He was highly respected by such bright figures as L. Tolstoy, V. Korolenko, M. Gorky, I. Bunin. "Fat and Lean", "The Death of a Chimney", "Bull", "The Mask", "Desert", "Dull Story", "Duel", "Chamber No. 6", "The Story of an Unknown Man," "Unter Prishibeev," "Men", "Hunting", "Shelter", "House with a lounge", "My life", "Ionich", "Lady leading the mutt" of his works are translated into the Uzbek language, creating the genre of realistic storytelling in Uzbek literature served as a certain factor. His famous plays like "Ivanov", "Seagull", "Uncle Vanya", "The Three Sisters", and "Cherryland" have been shown in Uzbek and Russian theaters. 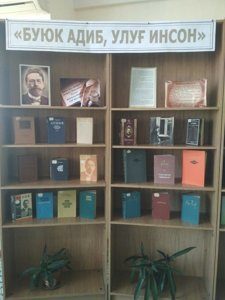 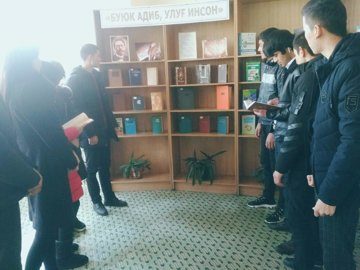